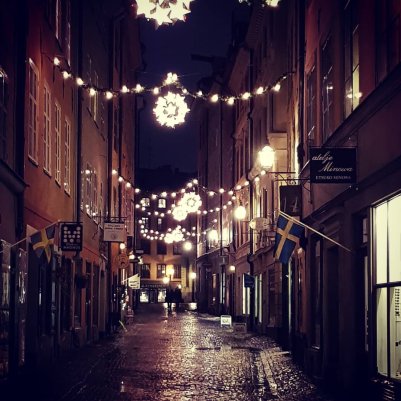 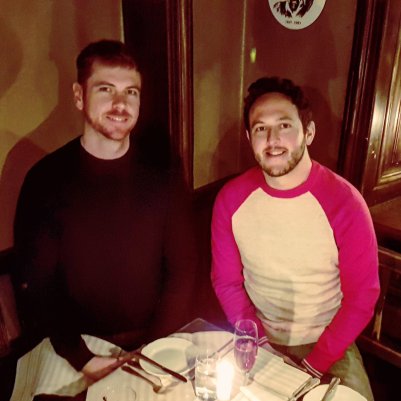 For those of you who followed my recent adventures in South America, you will know that I booked a surprise trip to Stockholm for my partner, Ken, upon my return in February, to say thank you for supporting my decision to take four months off work while I worked through my mini-midlife crisis. I stepped off the plane in Amsterdam – wearing shorts to the bemusement of the cabin crew – to be greeted by a smiling Ken, who had just read my latest blog and was therefore aware of the surprise trip. If you’re wondering why Stockholm, you can read about it in this post.

It seems we have a knack for surprises in our relationship as, unbeknownst to me, Ken had gone to the UK to pick up the cats the previous week and they were at the door to greet me when I got home. Having been away for so long, it was a special homecoming. However, Ken took it one step further, as I discovered when going to the bedroom to change clothes only to be greeted by my best friend, Leah, who he’d picked up in the UK on the way back to the Netherlands. I was somewhat overwhelmed to be honest, and the endorphin rush was intense, like after a good workout. Or so I’m told. Perhaps I should go to a gym if it really does feel this good afterwards. 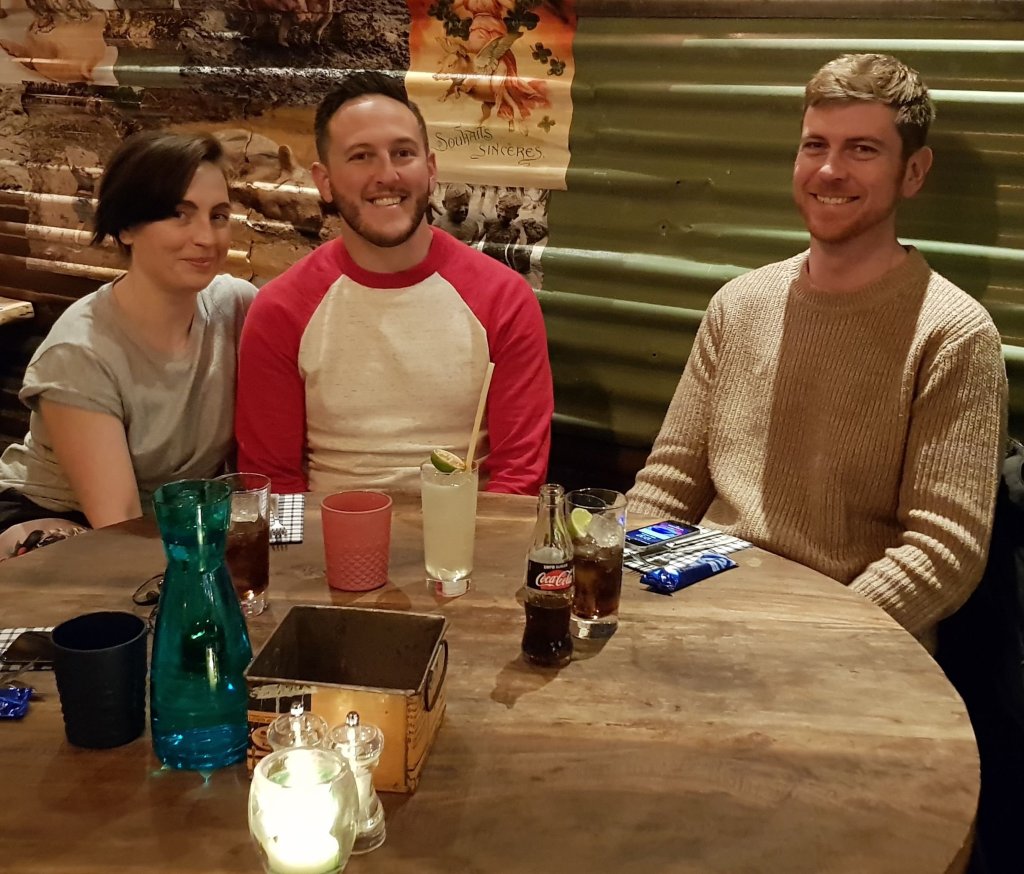 Unfortunately, our flight to Stockholm was booked for the following morning, so we said tot ziens to Leah and the cats, with promises to take her to her favourite restaurant on our return to the land of orange, evidenced above!

Ken and I haven’t really been on holiday in the 18 months we’ve been together, save for a few day trips in the Netherlands, so the upcoming 24/7 would be a new experience. We treated ourselves to some bubbles in the lounge despite the early hour and soon found ourselves on the Arlanda Express – how bloody much?!?!?!!! – whizzing our way to the city centre. I had booked a cute AirBnB apartment that didn’t disappoint. Despite it’s small square footage, it was designed perfectly and was very gezellig. Not that we spent that much time there. No, we came for the subway stations and unfortunately they require being outside. Well, underground, but you know what I mean.

As we had three days in the city, we took it easy on day one, exploring the narrow streets of Gamla Stan (the old town), and it wasn’t long before I persuaded Ken to partake in a spot of fika at Chokoladkoppen, a cute cafe on the main square. Thankfully they were still serving semla buns (they’re only available at certain times of the year, and you can read more about the tradition here) and it didn’t take me long to demolish one. Given that eating out in Stockholm is so expensive it requires remortgaging one’s dwelling, we took advantage of the fully stocked kitchen and had dinner at the apartment that evening. 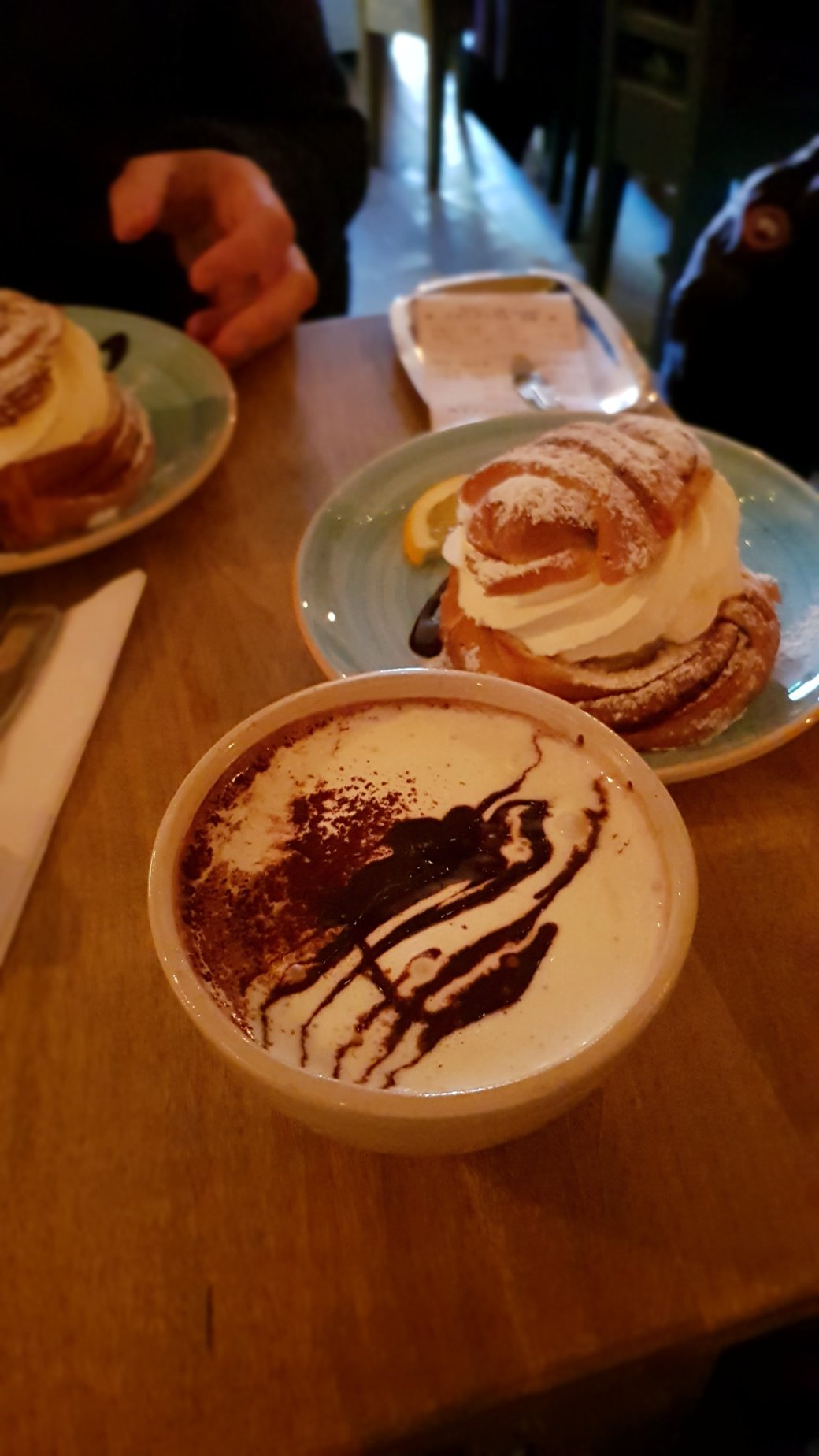 The next day was bright and sunny, but perishingly cold, so we decided to save being underground for the following day when the weather was due to be overcast, and instead took a boat around the archipelago. The guide was very engaging and informative, and Ken was very happy being on a boat, despite spending most of his adulthood on one having first worked in the Merchant Navy before pursuing a career as a marine engineer! It may, however, have been the hearty soup and dubious looking shot glass of liquor that put a smile on his face. By the time we returned to the dock, the temperature had turned even more baltic so we made a pit stop at H&M to buy some gloves for Ken and an extra jumper for me. I then managed to persuade him to allow me to push the boat out – it didn’t take much to twist his arm to be honest – and eat at an amazing looking restaurant we passed by the evening before. 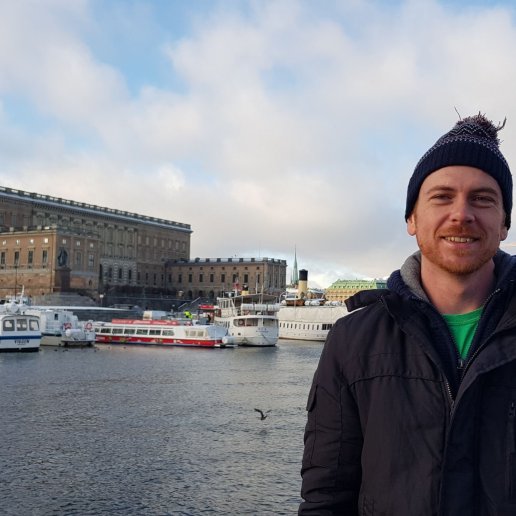 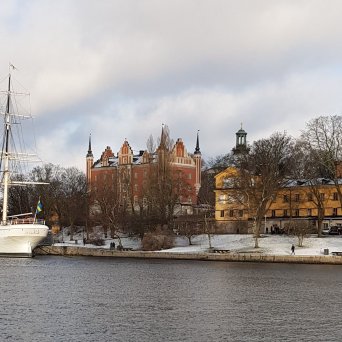 Unfortunately, I couldn’t put it off anymore, it was time to do what we came to Stockholm to do, namely tour the subway to view the art installations. Unlike Ken I’m not a transport geek, nor do I know anything about art beyond imitating Patsy Stone (‘yeah, but is it art?’), however seeing Ken’s growing excitement – wait, that sounds rude – gave me a fuzzy feeling inside, and after all, I brought him here to make him happy. Mission accomplished it seemed.

I don’t often ride the metro in Amsterdam, but I know that if I lived in Stockholm – not that I’m willing to sell a kidney to do so – I’d look forward to getting on the tunnelbana every day. Words I never uttered during the 12 years I rode the Tube in London! Perhaps Ken’s enthusiasm was catching. The T-bana stations are truly incredible, as you can see from the photos below. I’m heading back to Stockholm this weekend for a tournament with Amsterdam Netball Club and I’m already looking forward to introducing them to these magnificent structures. 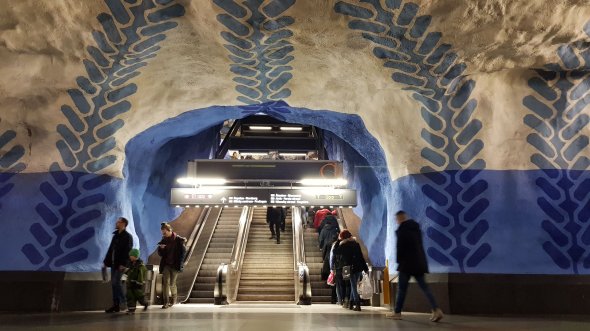 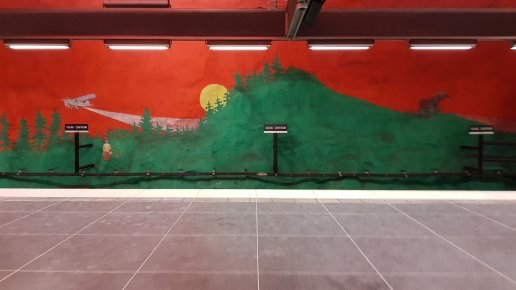 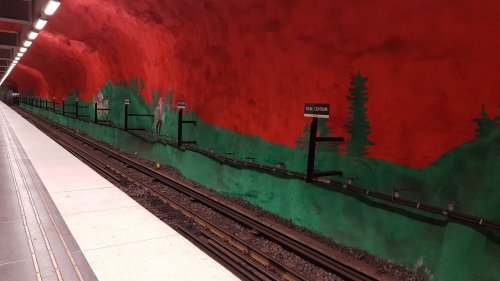 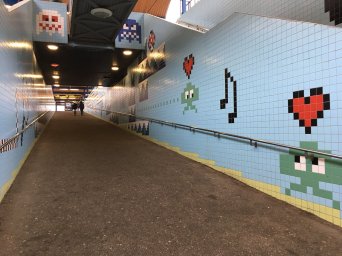 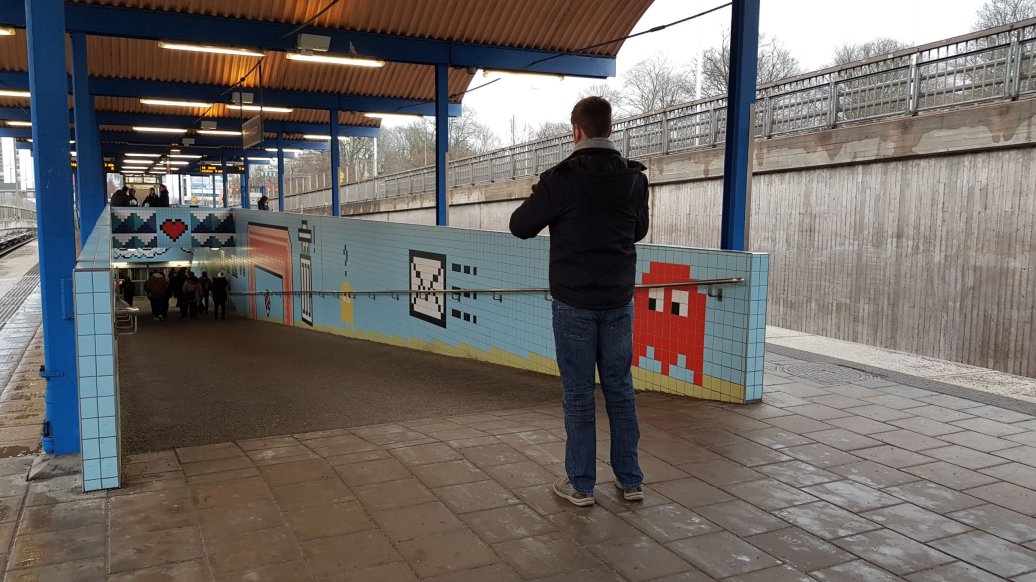 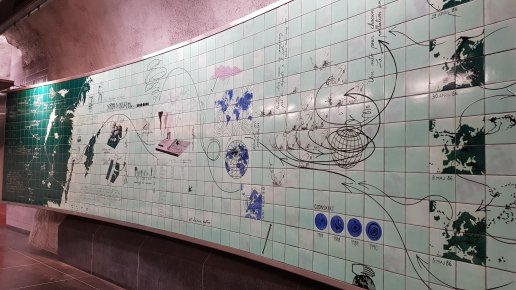 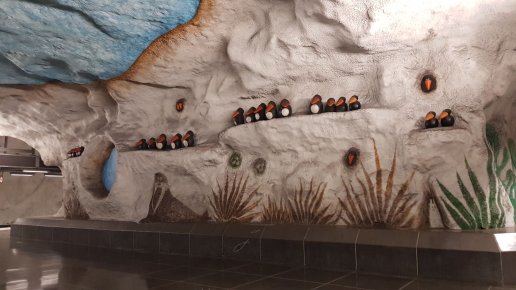 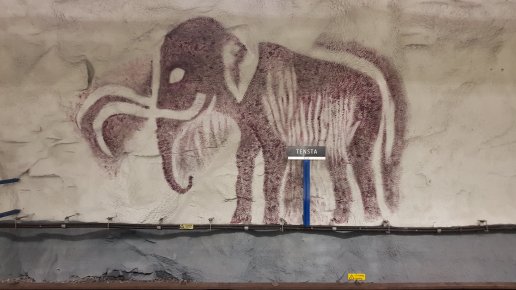 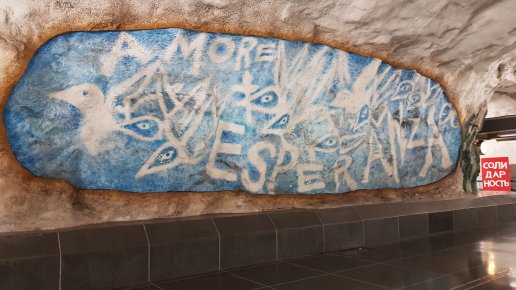 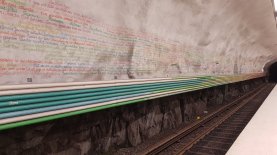 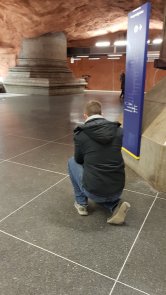 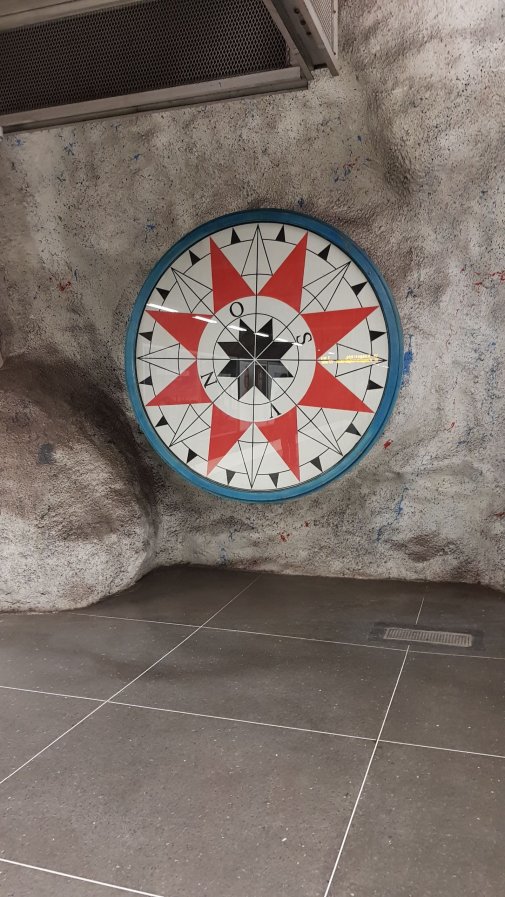 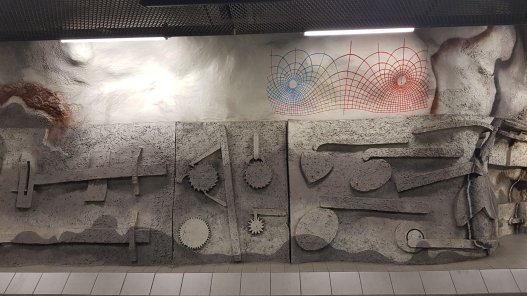 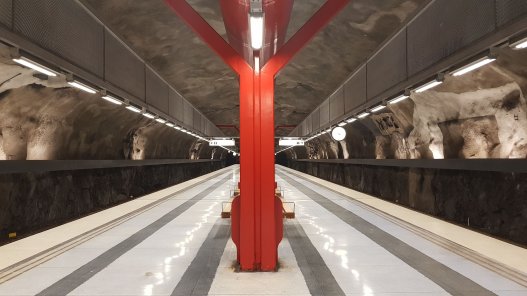 Photos taken before I realised I should’ve noted where we were!