….and if you don’t know the above title reference then you may be reading the wrong blog. But stay awhile anyway. 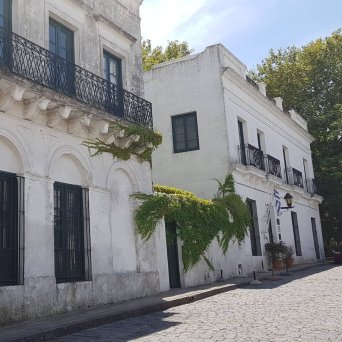 Despite loving Buenos Aires, a visit to a new country was too much for me to resist and so it was that I found myself waking up at 0600 to board a boat to Uruguay. Unfortunately, I had only been in bed for two hours thanks to a rocking night out dancing in BA, so I was rather grateful for the uninteresting crossing, scenery-wise, as it meant I could get another ninety minutes of kip. Four of my trip buddies accompanied me to the beautiful little town of Colonia del Sacramento. As I only had one free day, I opted to give the capital, Montevideo, a miss as the seven hour return journey wouldn’t have left much time for exploring. 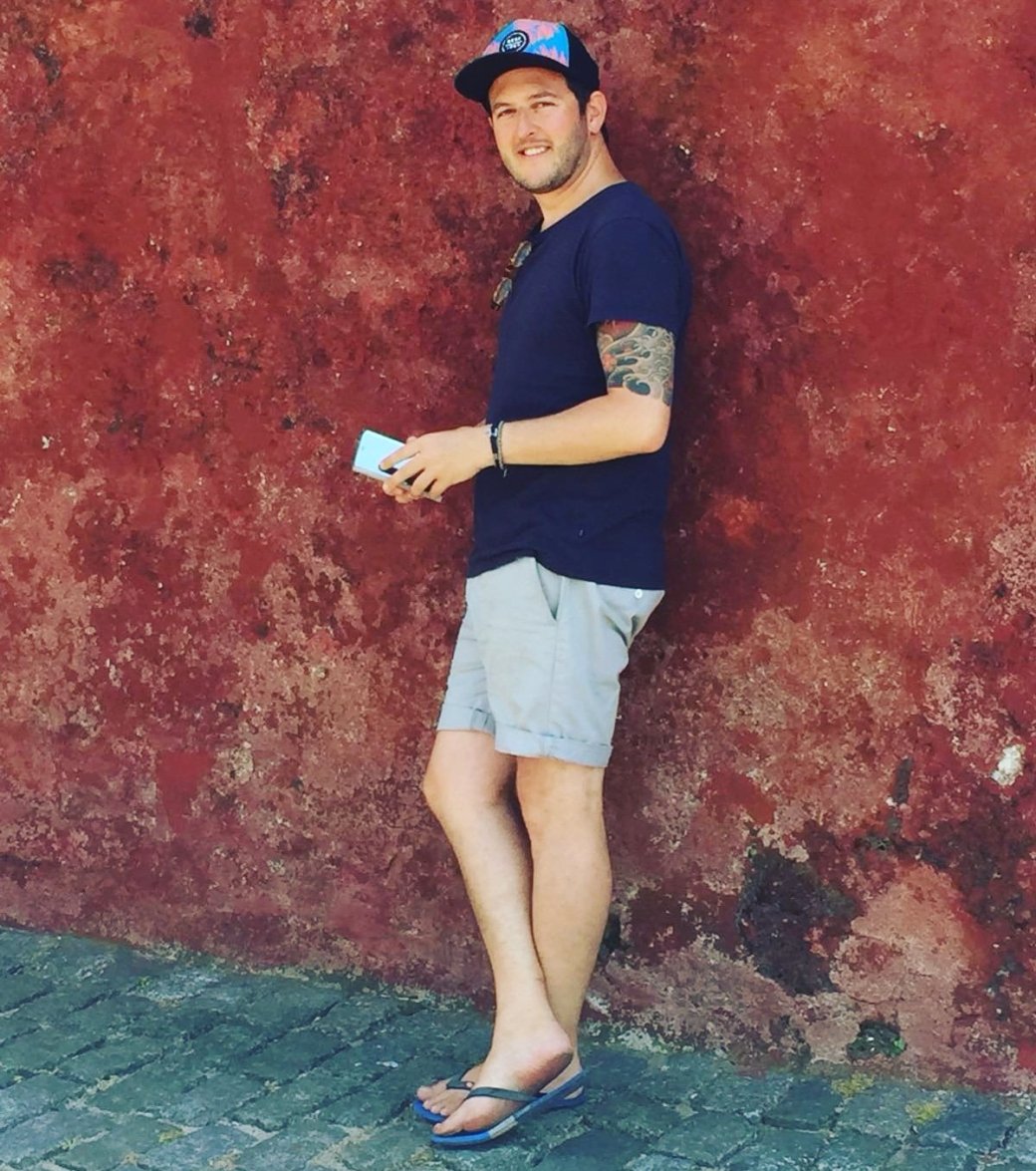 The boat was modern and thankfully air conditioned as the temperature was already in the high twenties, even at that early hour. After disembarking, the five of us spent twenty minutes at the ATM discussing how much local currency to withdraw. Unbeknownst to us, you can use both USD and Argentinean pesos in most businesses in the town. Having taken out €50 for the day’s expenses, I was even more annoyed when we discovered that if we paid using a debit card, the tax would be deducted, almost 25%!! I later made one of my best life decisions when I decided to save my cash for a few glasses of nice wine at lunchtime and instead, used my card to buy some much needed shorts as those I’d bought with me were all looking rather worn after four months on the road. I ended up purchasing three new pairs as I couldn’t decide between flamingos, pineapples or floral prints. Welcome to gay culture in 2018.

After a delicious breakfast at a tiny cafe run out of someone’s house – the toilet was rather bizarrely a room in the garden – we spent the rest of the morning strolling around the old town. Its cobbled, tree-lined streets reminded me somewhat of Rye in Sussex in the UK. The temperature was steadily creeping up to 36°C and I started to struggle, not surprising given that I don’t really wear a jacket (or footwear other than flip flops or Toms) until it’s below 10°C back home as I get hot very easily. Thankfully, the old town is pretty small and we’d managed to see most of it by this time. I was glad to see everyone else was feeling the same way, so my suggestion to revisit the fancy beachside hotel-cum-restaurant-cum-bar-cum-garden that we passed earlier, having oohed and aahed through the wrought iron gate, was met with great enthusiasm. The ladies treated themselves to dessert and drinks while I splurged on a few glasses of a delectable Sauvignon Blanc. It was lovely to spend my last day with these four women as they’d really enhanced my enjoyment of the trip since they joined in Santiago (except for Sandrine who’s been entertaining slash annoying me since Lima). The hours were filled with lots of giggles and satisfying sighs.

By mid-afternoon I was pleasantly sloshed and although there was serious consideration in staying overnight, I had to get back to BA to pick up my laundry before closing time at the lavanderia. Rock n roll I know. There was also the small matter of getting up at 0430 the next day to catch my flight to Iguazu Falls, from where I’ll write my next blog post. Until then….