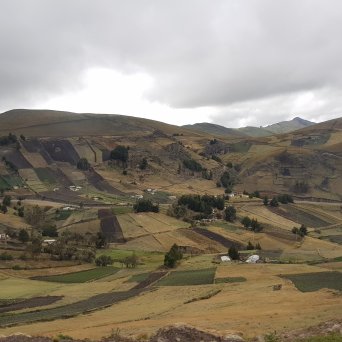 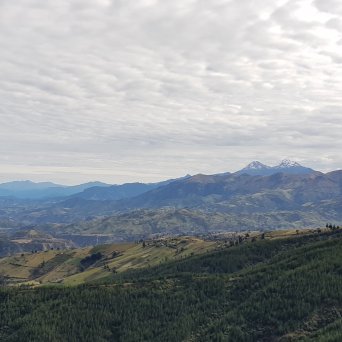 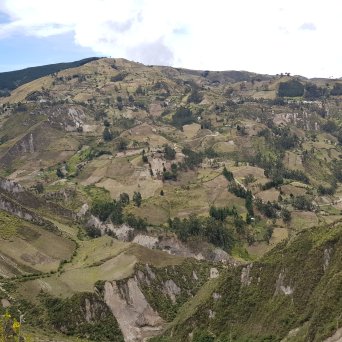 I’m never a fan of a 5am wake up call, especially when it’s followed by cooking breakfast for 22 people and packing up a tent, but thankfully, help was at hand for both tasks. Once completed, we set off on the seven hour drive to altitudinous Chugchilán, a small village on the slopes of the Rio Toachi Canyon. The drive along the Quilotoa Loop was like no other; the winding roads climb ever upwards and the views of the patchwork verdancy were truly spectacular. I lost count of the number of times I heard a fellow passenger utter superlatives. We were soon brought back to reality, however, when we saw the road ahead of us: 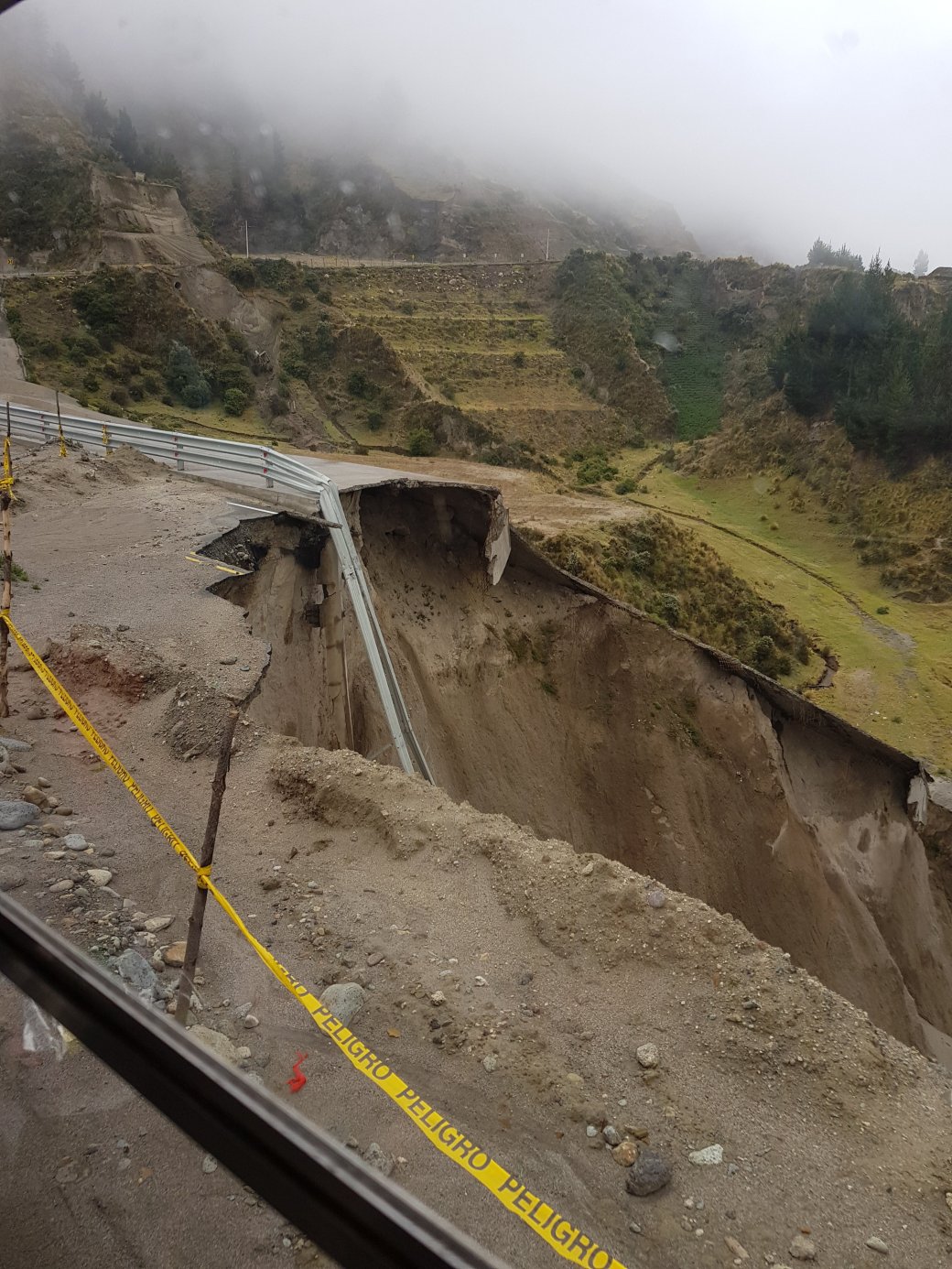 You don’t need me to tell you how terrifying that sight was, especially given our previous encounter with a truck that ran off the road and over the mountainside. Thankfully our tour leaders, James and Jas, negotiated the collapsed road via a gravel path off to the side and my heart rate returned to normal. I was thankful that we wouldn’t have to see that section of road again (although it turned out we would indeed cross it twice more over the coming days). 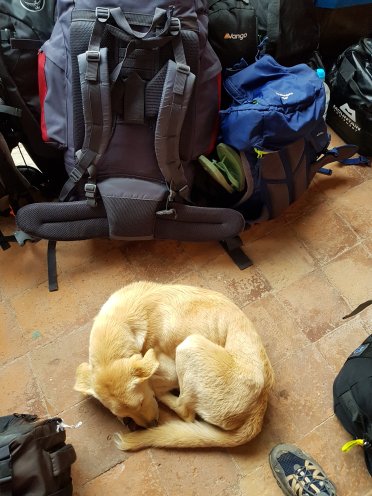 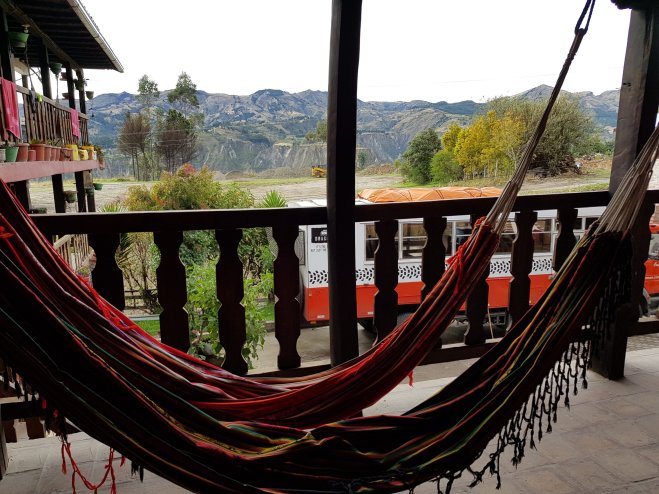 Arriving at our digs, I was greeted by the best sight imaginable: a pooch who soon calmed my nerves. Hostel Cloud Forest is definitely the best of the trip so far: I had my own room with a double bed; two hammocks outside the room; a lounge and games room with two pool tables and ping pong; and very friendly staff. Feeling tired, both physically and emotionally, I allowed myself a wee siesta before dinner and plonked my bags down before burrowing under the five provided blankets, a rather ominous sign of the impending plummeting temperature.

I awoke before my alarm and for a moment my befuddled mind couldn’t work out why. Thankfully, my olfactory organs kicked into gear, identifying the rather acrid smell of burning plastic. It seemed the incongruous looking water pipe that ran through the ceiling and floor was in fact a chimney, and had been steadily heating up thanks to the fire in the lounge room below. I grabbed my backpack from where it had been leaning against the chimney, and discovered that not only had one of the clasps been completely melted, and a side pocket burned, but the handles on my day knapsack, which had been stored in the aforementioned pocket, had also been completely burned through, rendering it useless. I also realised that I had also lost my favourite hoody somewhere between Baños and Chugchilán. All in all, not the best day ever. 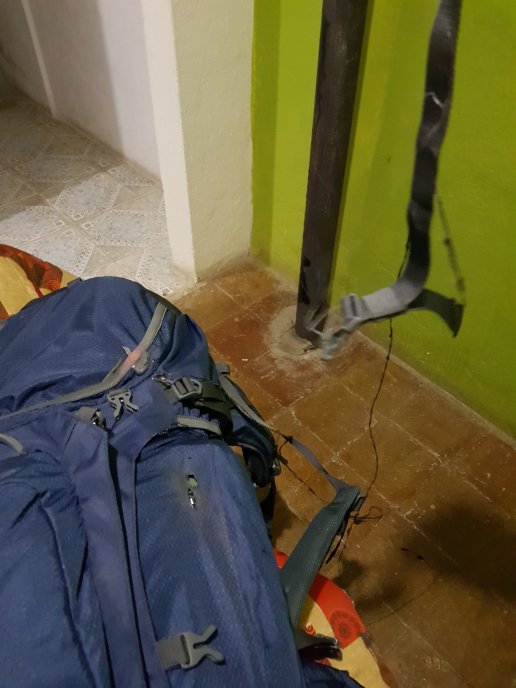 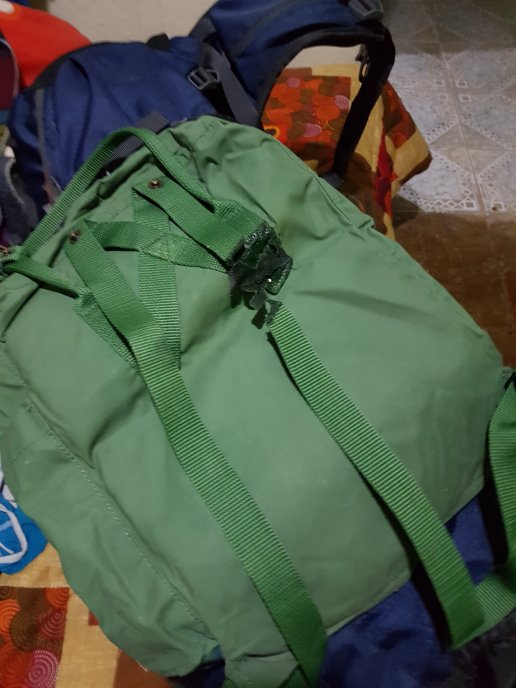 There were several catalysts for me to take this sabbatical: approaching the age my father was when he died; being off work and unwell for seven weeks last summer; and the tragic passing of my good friend Tom after multiple battles with cancer. Tom was one of the most amazing men I’ve ever met: driven, kind, funny, an amazing husband and father, with the ability to talk to anyone. His greatest gift however was making you feel special. Tom, and his wife Taffy, were two of my coaches when I played netball for the England national team, but more importantly, amazing friends. 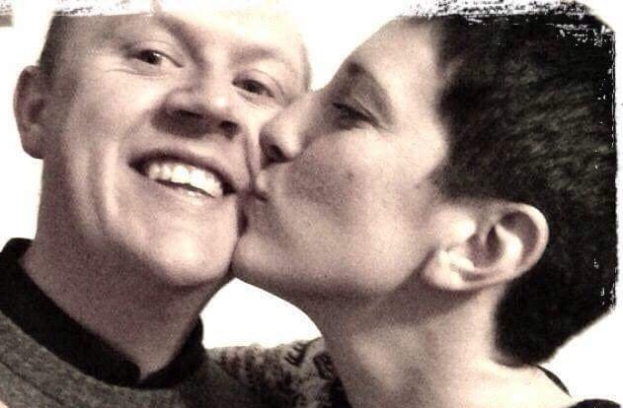 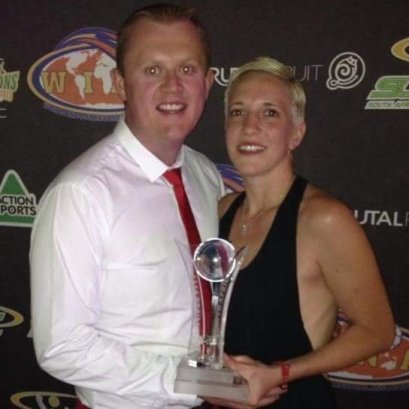 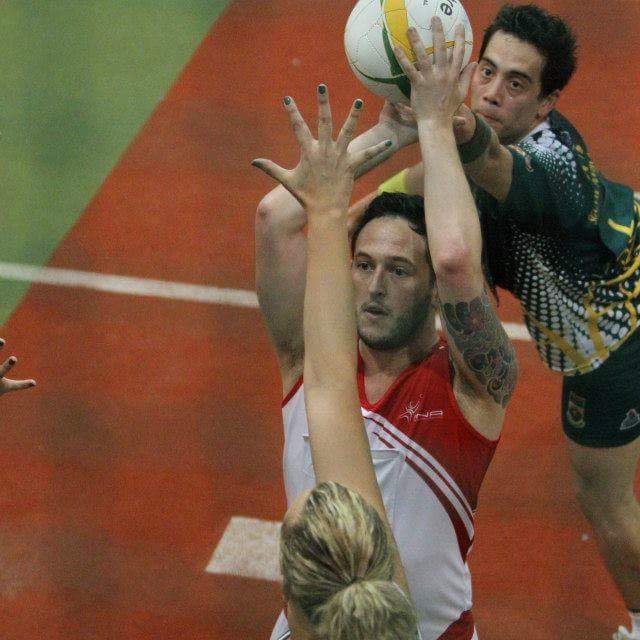 Despite being a giant softy away from the court, Tom was a demon on it, always pushing us to be the best we could be. Tom once told me that it doesn’t matter whether you play an amazing match or if you perform badly. What matters is that at the final whistle, you walk off the court knowing that you gave everything possible until you had nothing left. It was rather fitting therefore that on the one year anniversary of Tom’s death, it was his voice ringing in my ear in South America when I undertook the biggest physical challenge of my life to date.

Now, it sounds rather silly once I tell you that this ‘challenge’ was a 10km hike. However, trekking up and down the ridges of Lake Quilotoa, for nearly seven hours at an altitude of 3,600m above sea level, was like nothing else I’ve experienced. Thankfully, the incredible views made it all worth it, and I loved having Tom there with me, even if only in spirit (and his whining voice making fun of me), to help me through the last 90 minutes which were the toughest. 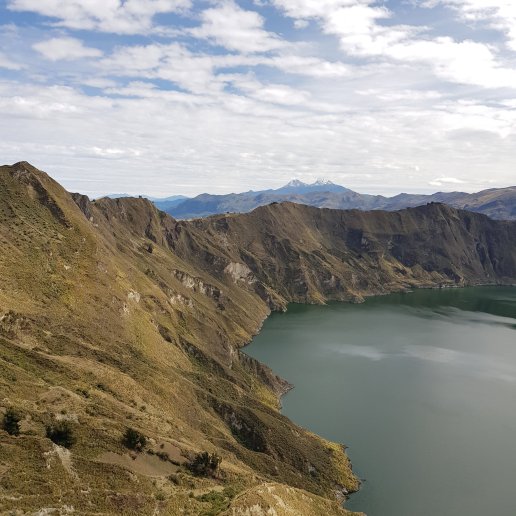 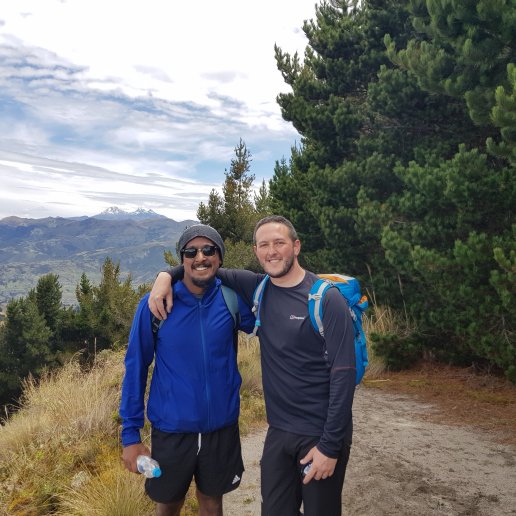 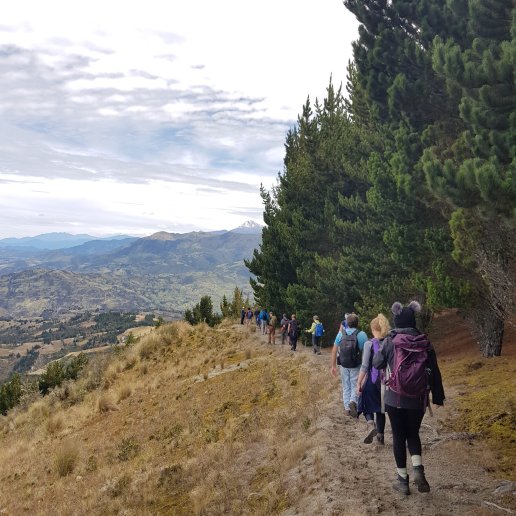 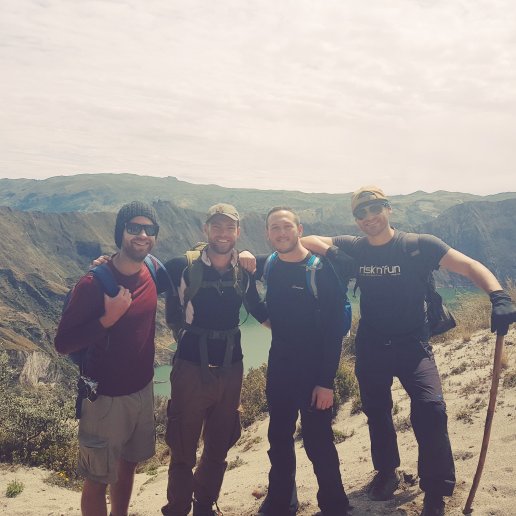 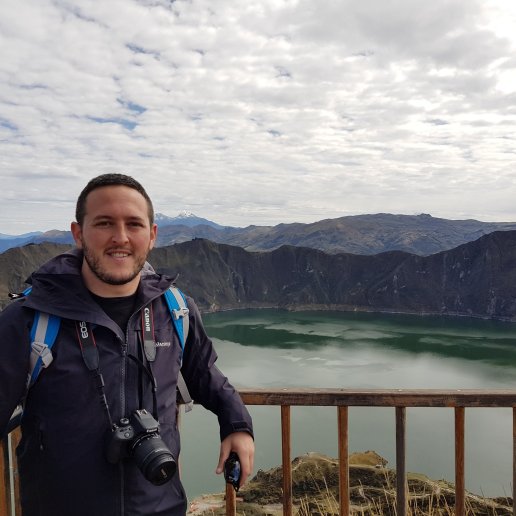 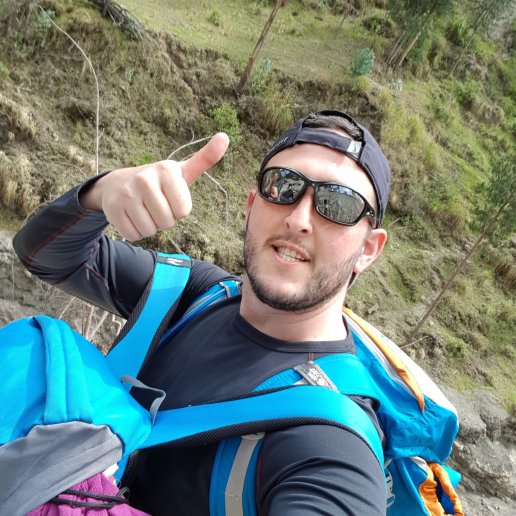 Tom, it doesn’t matter where I am in the world, you’ll always be with me, encouraging me, annoying me and making me laugh at inappropriate moments. I love you buddy. 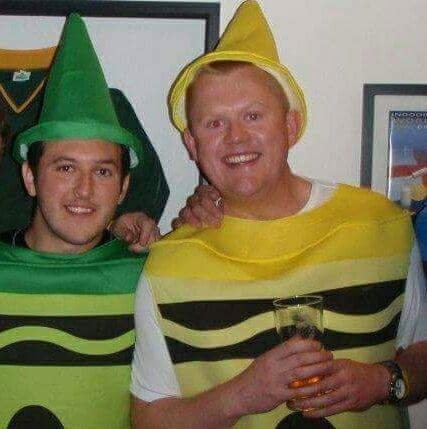 My Tweets
Join 2,753 other followers
Follow Britter Orange on WordPress.com