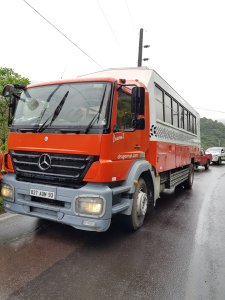 Today we left sprawling Quito to experience the even greater sprawl of the Amazon rainforest.  I have conflicting emotions about the upcoming four days: on the one hand, I’m very excited to be in a place filled with incredible and unique flora and fauna, a place that I’ve longed to visit ever since my grandparents introduced me to the wonder that is David Attenborough and the BBC’s wonderful Natural History unit; on the other hand, I have a very real fear of spiders and my nervousness in this regard grew stronger as the bus wound it’s way down the mountain. 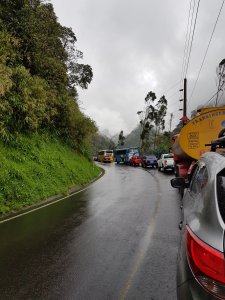 My thoughts however were soon elsewhere when our truck came to a sudden halt. Unfortunately, a lorry had crashed over the side of the mountain. It was horrific to see the mangled cab being winched back up to the road, and everyone in the group was rather shell shocked when we realised that the driver hadn’t made it out alive. It was a chastening moment and a reminder of how important it is to live life to the full and in the present.

Naturally we were delayed for quite a while and the call of nature soon arrived. Having seen several Ecuadorians relieving themselves off the side of the mountain, I decided to do the same. I hadn’t anticipated, however, being a human shield while two ladies, to whom I’d spoken to for the first time only hours before, did the same. Yet here we were. I have to admit it was probably the best view I’ve ever had peeing and a good bonding moment. 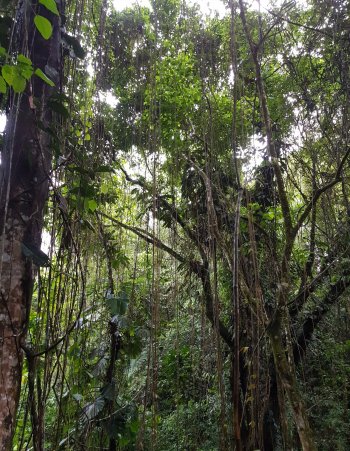 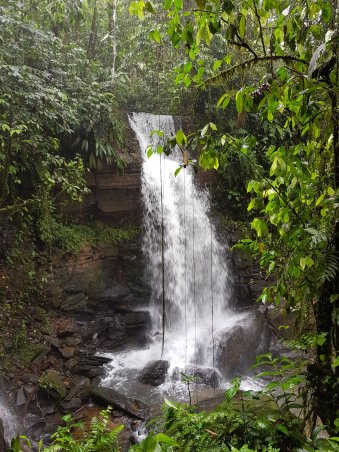 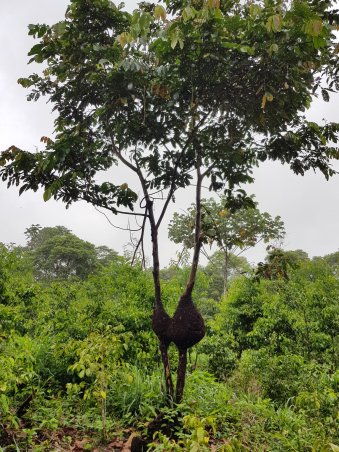 I’ve become besties with a 60-something Australian lady called Astrid who calls me GaryPatrick. She is fascinating and educating in equal measure and I’m already dreading saying goodbye to her when she leaves us in Santiago. She has left her husband at home on their farm while she travels alone for six months. I hope when I’m in my 60s, I have a similar continued thirst for travel.

We drove deeper into the jungle and after six bumpy hours, we arrived at our eco-lodge. We were allocated bungalows and had time to change before embarking on a wee hike before dinner. I started to feel like I was in heaven, when in fact it seemed we were in hell: two of my fellow travellers appeared to tell us that there was a tarantula on their porch. Despite being nowhere near it (well 100ft away), a shudder went through my body. It took a little longer than usual to get to sleep that night. 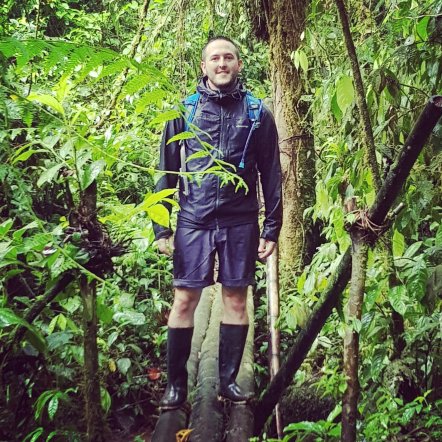 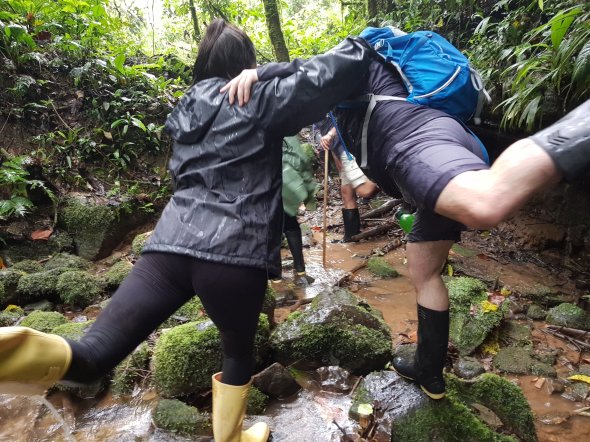 Emptying water from our boots.

Over the next couple of days we trekked through the jungle, guided by Miguel whose knowledge and sense of humour contributed to making it an amazingly interactive experience. We went spelunking in jungle caves in which whip scorpions (which looked like giant, hand-sized spiders) and bats had taken up residence. It wasn’t so bad at first, but once the roof height decreased to 1.2m, they were a little too close for comfort. It didn’t help when this happened either: 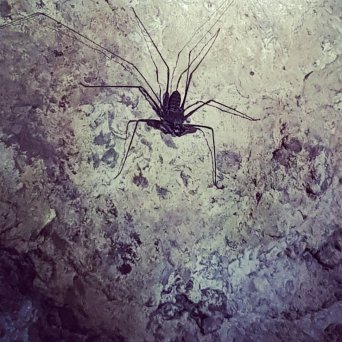 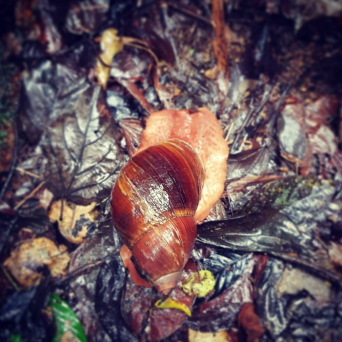 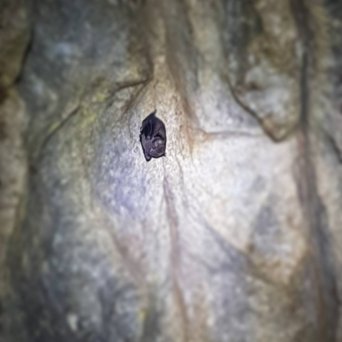 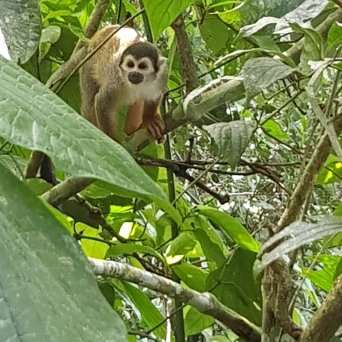 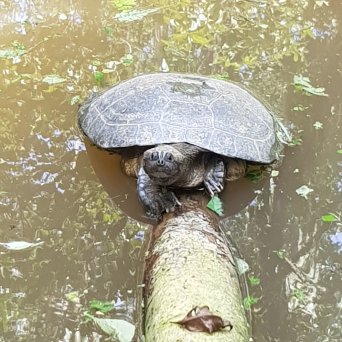 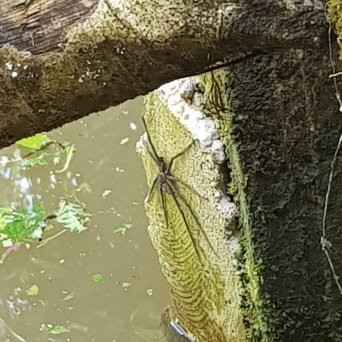 I loved seeing leaf-cutter ants go about their business. They’re so industrious and strong and as far as ants go, pretty cute. I got a thrill seeing birds of paradise plants in the wild, rather than in a vase at home. I also spotted a furry version which I’d never seen before, but Miguel pointed out that it was actually dying due to a fungus infestation. 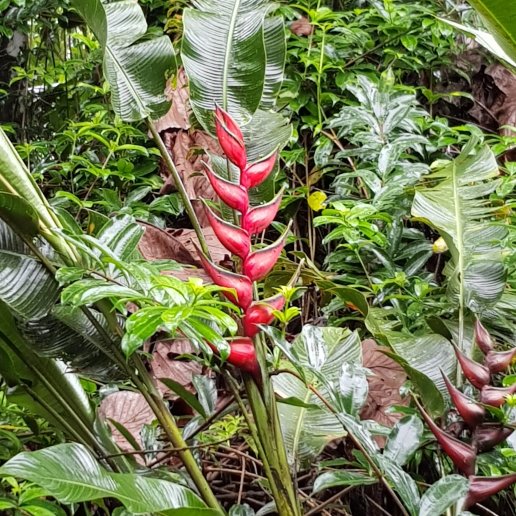 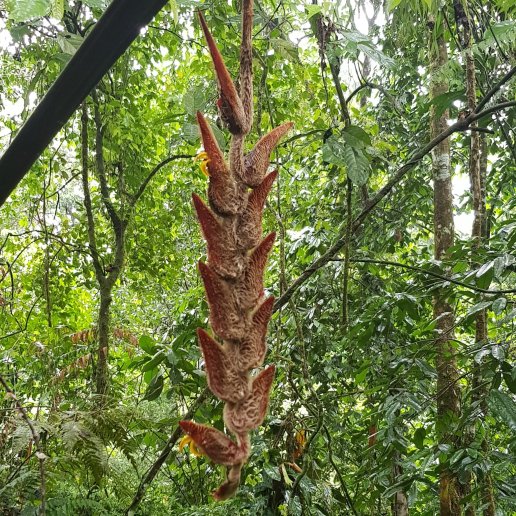 We boated down the Napo River, where I truly felt like we were in the heart of the jungle, to visit an animal sanctuary whose main aim was to rehabilitate the animals  in order for them to return to the wild. Some of the stories of abuse and neglect were horrifying. My partner and I have often spoken of our dream to one day run an animal shelter and the experience here has just made my desire in that regard grow ever stronger. 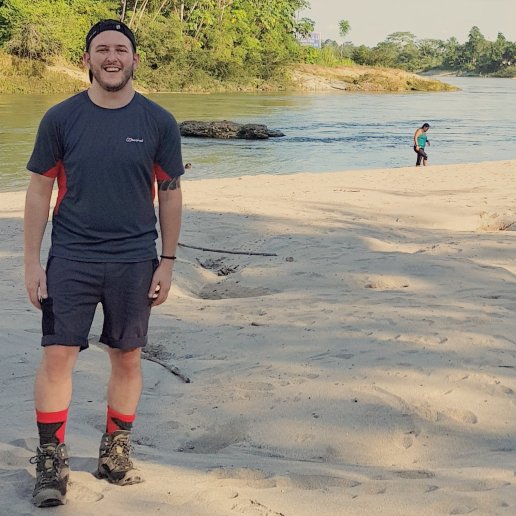 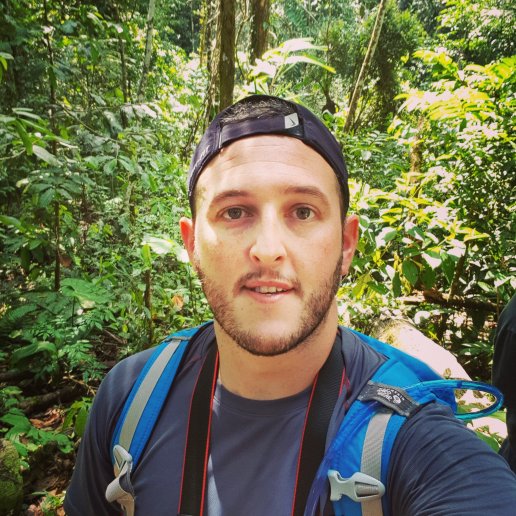 Tomorrow we begin the drive out of the jungle. I actually can’t remember what’s next on the itinerary and I’ve lost track of what day it is; bliss. I just hope we get to sit on top of the truck as we did today. 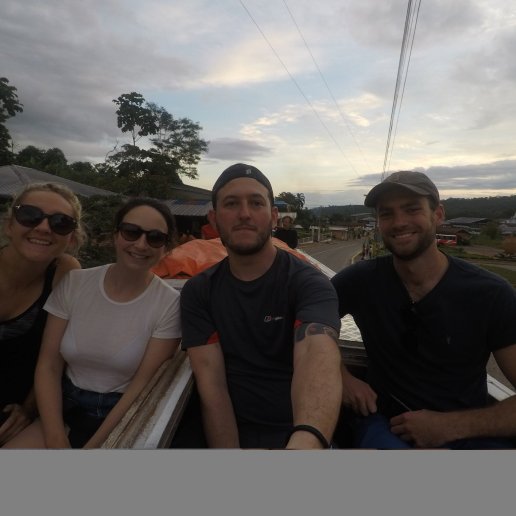 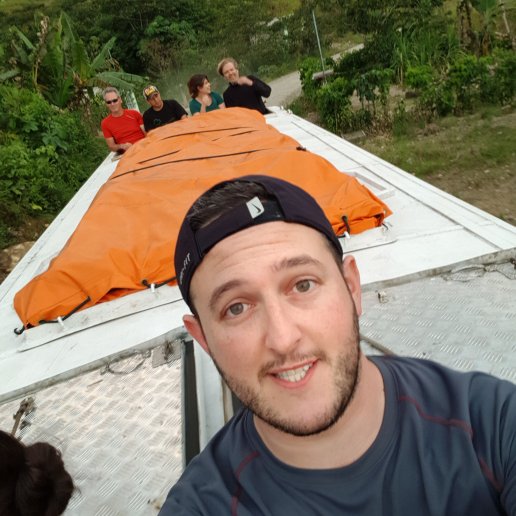 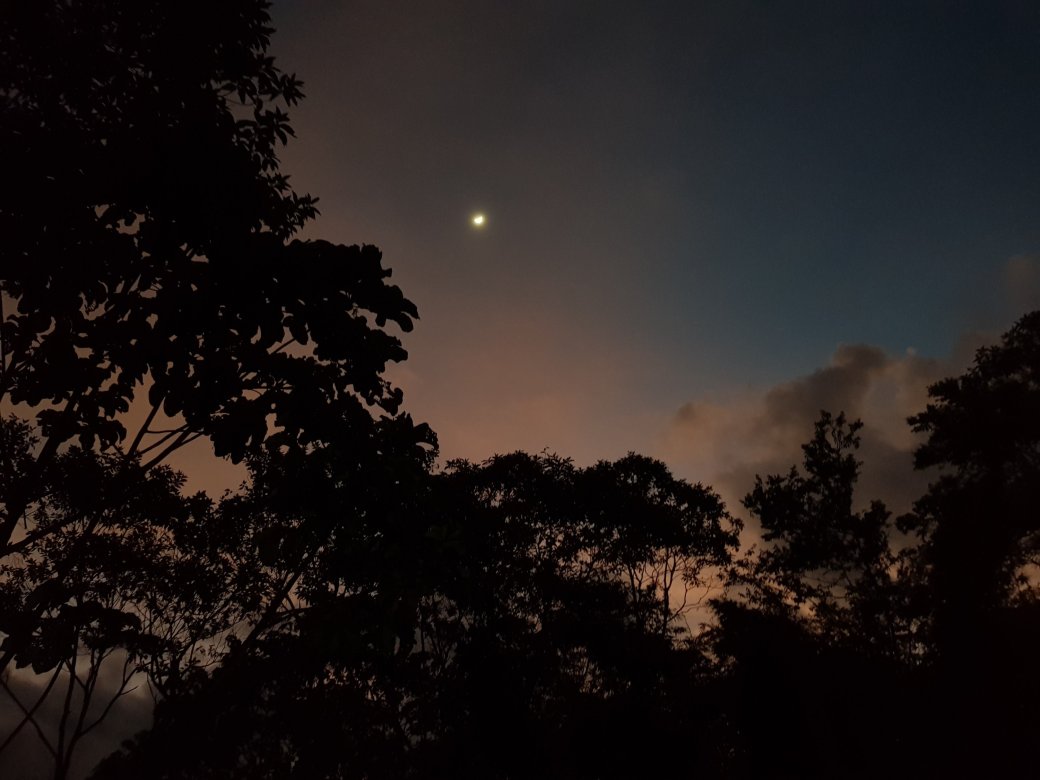