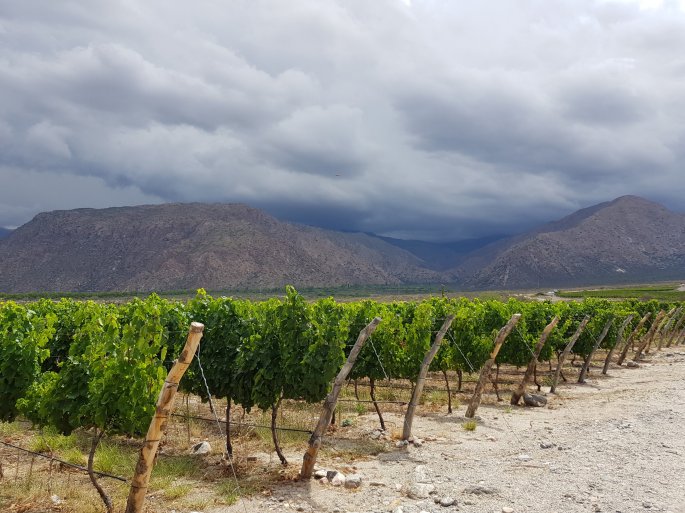 Having spent two incredible days in Chile, it was time to head to Argentina, but thankfully the final seven weeks of my trip will be spent criss-crossing the two countries and I’m already looking forward to seeing more of Chile. After a short drive, we crossed the border at Paso Jama. Well, we attempted to cross the border, but the Argentinean authorities weren’t playing ball for some unknown reason so we went back to the truck and entertained ourselves by eating lunch and playing football. After some enquiries by the tour leaders, we were eventually allowed to drive through, some three hours after arriving. It was then another six hours or so on the road to Salta where we would stay for a couple of nights. I wasn’t feeling particularly energetic during our time there, although I was entertained watching a Manchester United fan watch the Manchester derby in a local bar (they lost, hurrah!).

We then drove through the spectacular rock formations of the Quebrada de las Conchas, with a night’s bush camping on the way, to reach the peaceful town of Cafayate. The small town is the centre of one of Argentina’s principal wine producing regions, famous for the quality of its Torrentes and Tannat wines, although I wasn’t a fan of either. However, just to make sure, we went to a local producer, Piatelli, for a delicious lunch and wine tasting. 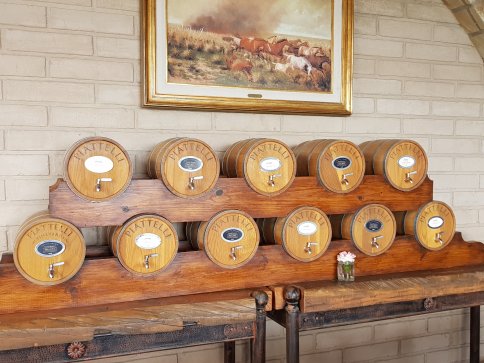 My roommate, Riley, doesn’t drink and the waiting staff didn’t realise to begin with, but I ensured no wine went to waste. The grounds of the vineyard were beautifully kept and it felt like a real treat, especially given that we were staying at a very basic campsite that evening. However, THE BEST THING TO EVER HAPPEN IN MY 38 YEARS HAPPENED THERE!

There were a few dogs at the campsite and, as usual, they were very placid and friendly. One bitch seemed to take a particular liking to me and as we left to go to the supermarket she decided to follow. At one point, she ran off barking at another dog on the opposite side of the road, but with one yell from me she came back to us. I was pleasantly surprised. Upon arriving at the supermarket, I assumed she’d sit outside awaiting our return, BUT NO! SHE CAME INTO THE SUPERMARKET WHILE I SHOPPED.

I never want to shop any other way. It’s really lovely to see how well dogs are treated here (well, the further south you go from Ecuador at least). You see them hanging around in and outside of stores and there are often old food containers full of water for them.

It would be hard to top that day a.k.a. the best day of my life, but thankfully the next three days would be spent on a working estancia which meant horse riding and multiple doggies. The dogs on the farm were all super friendly, especially Clyde, one of the border collies who was addicted to playing football and could run around all day. I particularly liked one of the old black labradors who would roll over for belly rubs if you dared to pass within ten feet of her. Needless to say, I was generally found laying within two feet of her at most times.

On the first night we were treated to a tasting of wines which were grown nearby, along with a competition to see who had the best nose. Our host produced multiple mini-bottles of scents commonly found in wine – from something called Le Nez du Vin – and we all had to guess its identity. Ian won the champagne prize on a tiebreaker of rose after several of us drew. It was a very entertaining and engrossing evening with lots of fun debate over the smells: “it’s burnt toast, no it’s oak, no it’s caramel”. 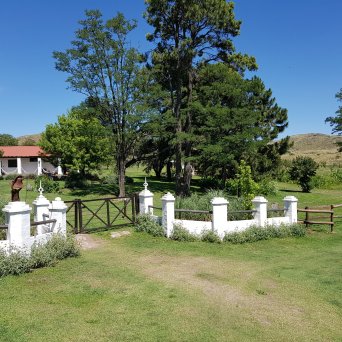 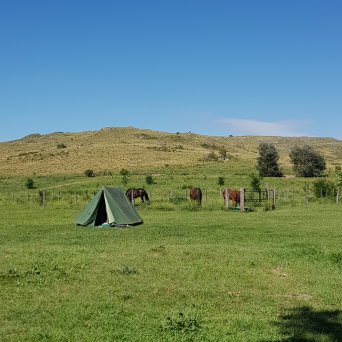 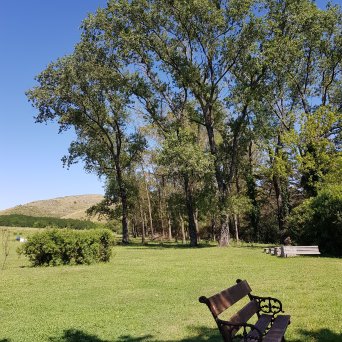 The following day we explored the estancia on horseback. That is as long as you weighed under 95kg. The public weigh-in was somewhat embarrassing, especially as I came out as the heaviest rider at 90kg! I was more distressed that despite all the activities I’ve done over the past couple of months, I’ve actually gained weight! I wonder if there’s a parasite I can host for a couple of weeks to shift some pounds. The horse ride was a lot of fun, galloping across the surrounding hillsides felt so far away from my daily life in Amsterdam, which I guess is kinda the point of this trip. I used to ride in the school holidays as my aunt stabled some horses and it soon came back to me. I quickly remembered how much I loved being on horseback and I’m looking forward to more opportunities while on the trip. There’s also a riding school in Amsterdam which is very close to my apartment so I think I’ll check it out when I get home. 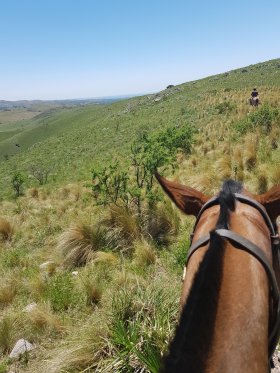 After the estancia, we headed to Mendoza, the wine capital of Argentina, however, beyond cranking out a blog post over a Starbucks soy latte one morning, I spent most of my time making friends with the hostel toilet. Perhaps my parasite wish came true after all!!