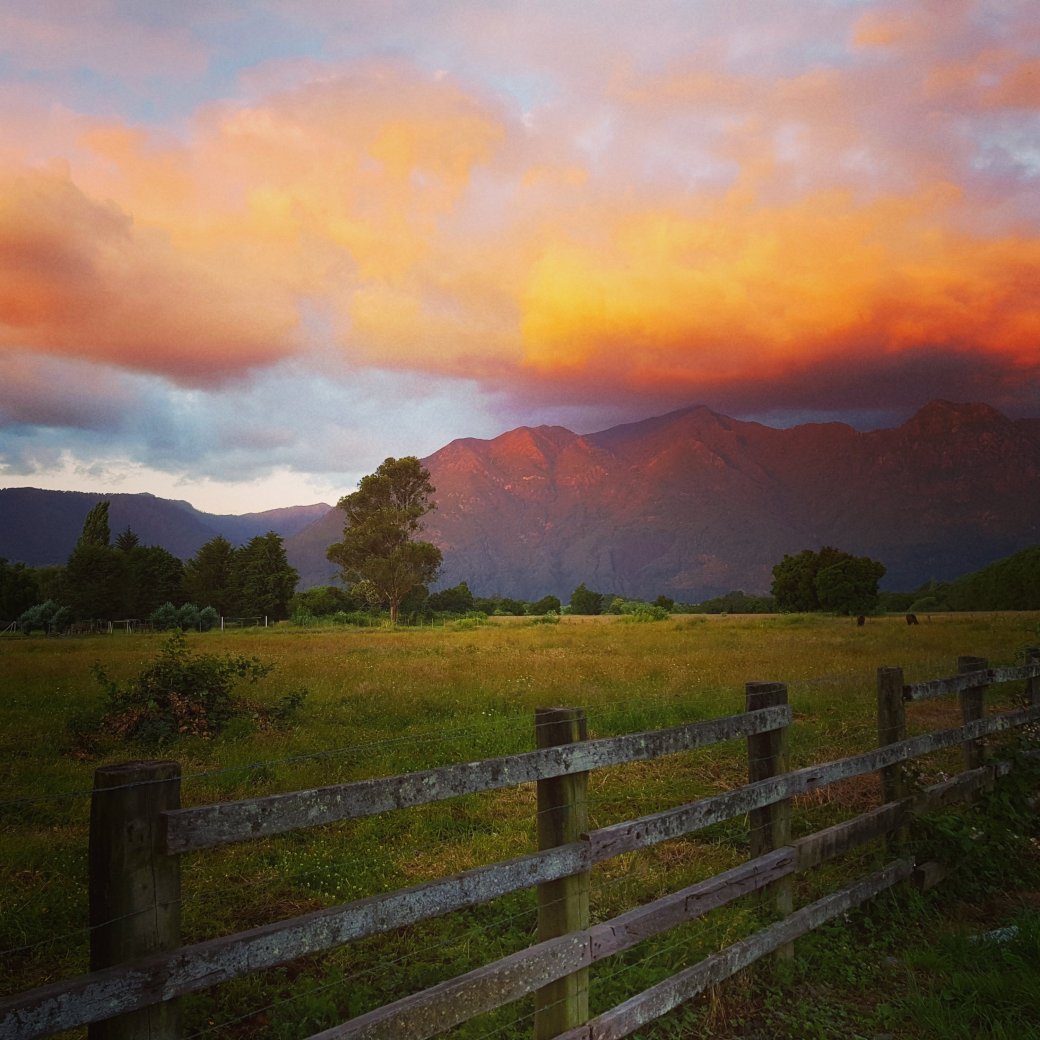 The high from the previous night’s meal in Santiago didn’t last long on account of even more diarrhoea coupled with an eleven hour day on the truck. I also said goodbye to Riley, a young and interesting Australian who had been my tentmate/roommate while Ian stayed with his lady friend who has also now left us.  I’ll miss Riley for many reasons, the main one being that not only did he not judge me for eating five ice creams each day, he actively encouraged such behaviour by paying for them! Thankfully the drive to the Lake District distracted both Ian and I from our tummy troubles as we were yet again treated to some spectacular scenery. Our first stop was the quaint town of Pucon, which sits on Lake Villarica. Its cute streets are well maintained with roses used to separate lanes on the roads and the low-lying wooden buildings give it an alpine feel. In fact I was reminded of a place called Idyllwild in California, which has a very similar look and feel, and was the scene of a very happy holiday. The town is very small so I decided to go for a walk by myself rather than do the guided tour. While I’ve met some fantastic people on this trip, I do crave some alone time, so while Ian made friends with his bed I strolled around for a few hours, enjoying some time at the lakeside beach. You could walk around the whole town in around 30 minutes, but as I stopped to play with the numerous street dogs, I took rather longer. The town is very geared toward tourists and there are a lot of adventure sports on offer, including scaling an active volcano. Unfortunately, never knowing when one will need toilet facilities and not wishing for a repeat of rainbow mountain, I shunned such excursions and enjoyed a couple of blissfully lazy days. I stumbled upon a great cafe which I visited on multiple occasions, despite it being 30% more expensive than Amsterdam!! Oh no, I’m complaining about the cost of things; perhaps I am becoming more Dutch than I realised. 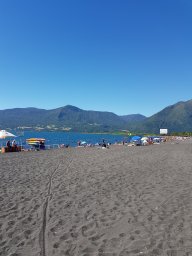 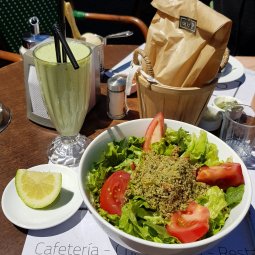 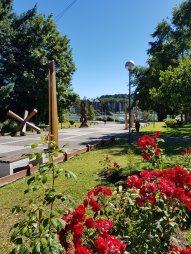 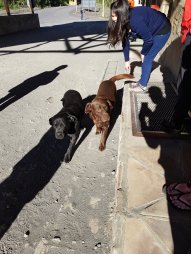 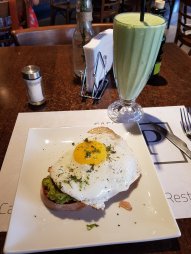 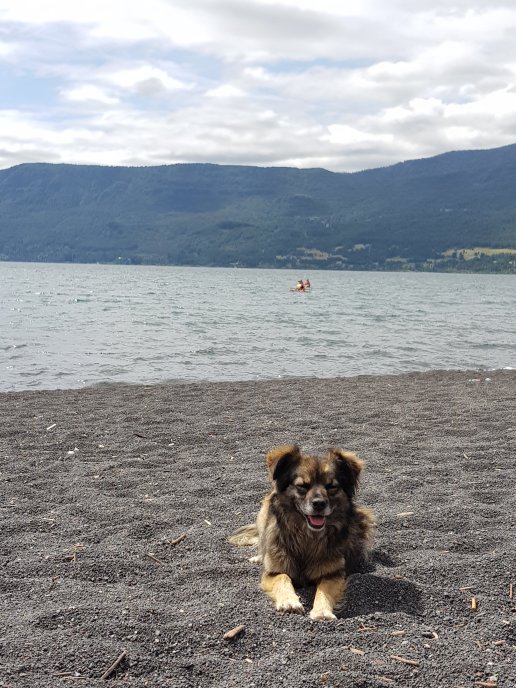 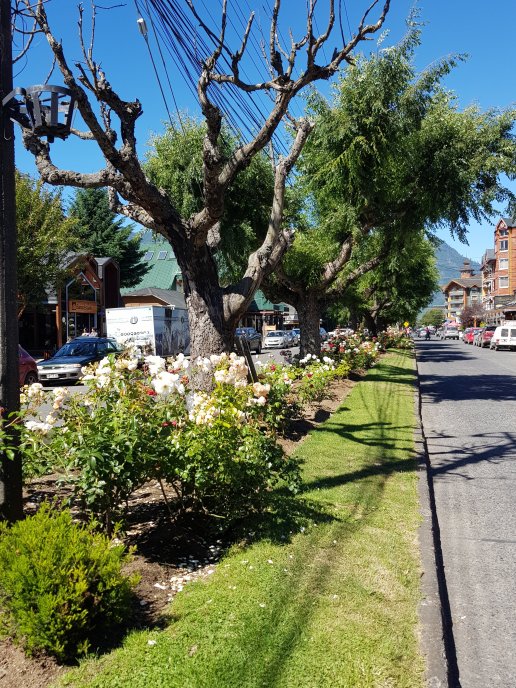 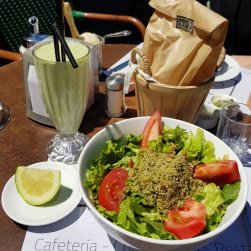 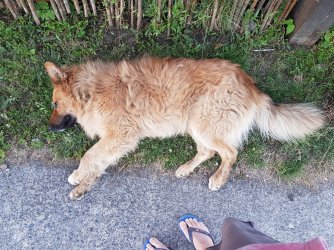 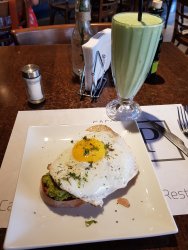 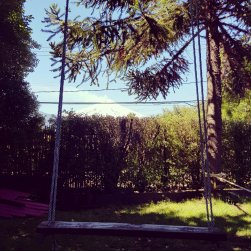 The next town on our trip was Bariloche, on the Argentinean side of the Lake District, which we reached via the incredibly scenic Ruta de los Siete Lagos (Seven Lakes Route). As you can see from the pictures, it does what it says on the tin. Bariloche sits on the shore of the Nahuel Huapi lake and is flanked by the Andes, creating a truly picture postcard setting.  Similarly to Pucon, it is set up for lots of adventure sports however, arriving on Christmas Day, meant that most people took it easy. 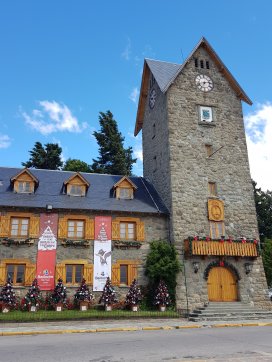 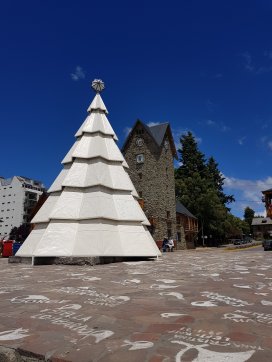 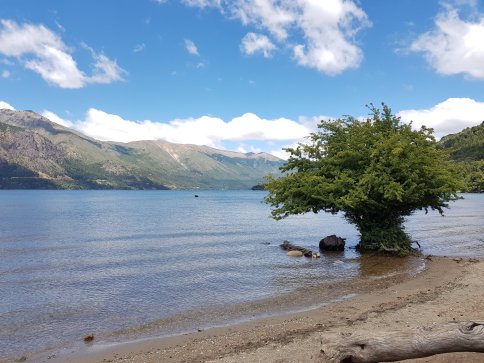 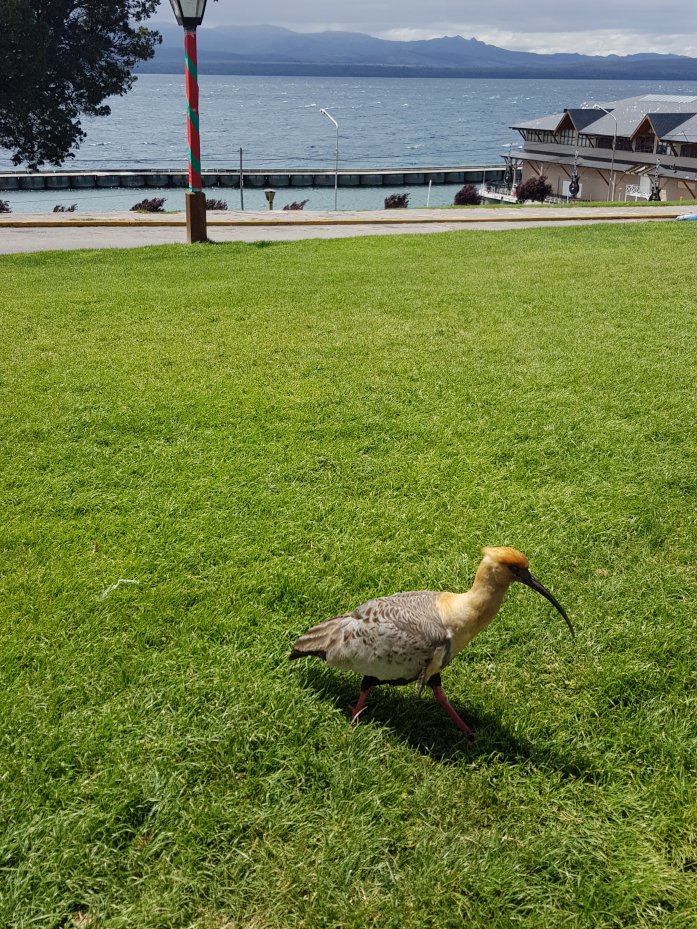 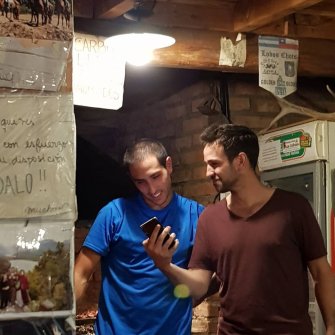 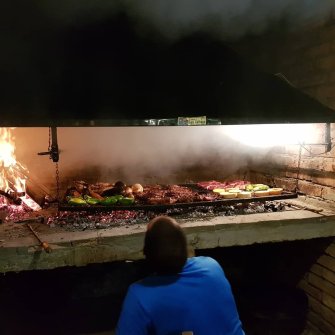 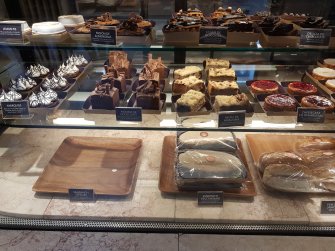 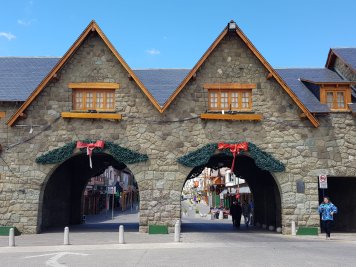 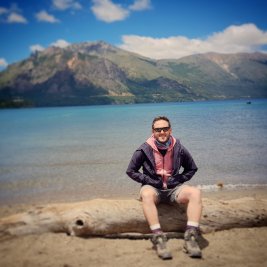 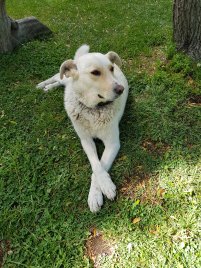 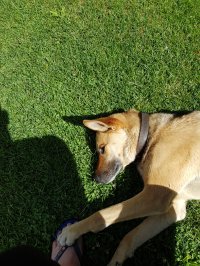 Christmas Day was weird. After a disappointingly quick Skype (thanks to crappy WiFi) with Ken who was working in Dubai, we set off on a ten hour drive that included an international border crossing, but one which was made bearable by the two adorable Labradors ambling around the waiting area. Upon arrival at our hostel, we were treated to Christmas dinner, which meant a traditional Argentinean ‘asado’: barbecued meats. The meal and the heat meant it didn’t feel very Christmassy to me, but the bottle of local Malbec and the easy-on-the-eye chefs helped us enjoy the festivities. 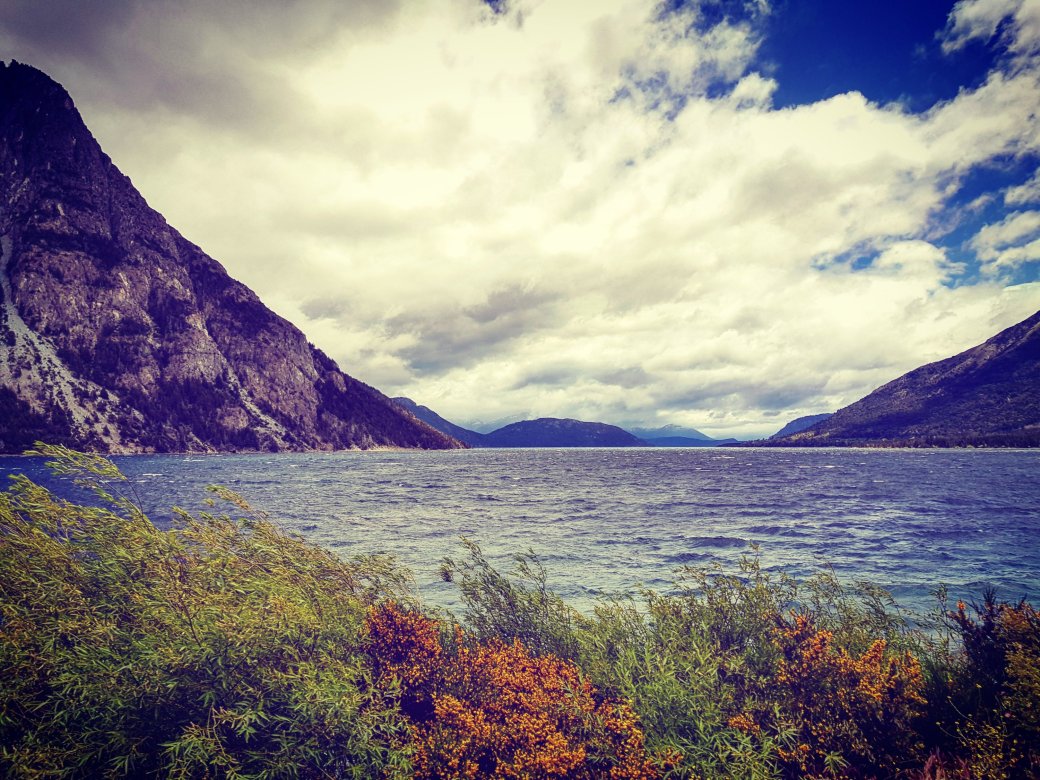 The next day Ian and I decided to go on a short hike up to a nearby waterfall but twenty minutes in he felt ill and so we turned back. Unfortunately, Ian’s stomach was getting worse so we took him to a local clinic for some tests. Over the next couple of days things didn’t improve and he had to leave the tour in Perito Moreno to see another doctor. I’ve been really impressed with the healthcare in South America and was so again, although the 90 second ambulance ride to our hotel seemed somewhat excessive. Ian had gone with me to  the hospital when I had my accident in La Paz so it was an easy decision to stay behind with him and one of the tour leaders, Lars, while he sorted out his repatriation with his insurance company. New Year’s Eve was rather low-key however; Ian slept while I had two cans of beer before turning the lights off a couple of hours before midnight. Lars and I took a 12-hour overnight bus to catch up with our truck and we were treated to another incredible sunset. It’s just a shame that a) the bus played a ten-year old movie at full volume until 0130 and b) that I couldn’t drown it out with music because my iPod fell down the gap between the seats becoming irretrievably wedged.  It was lovely to see the group again, but I will miss Ian terribly; he’s been on the trip  with me since the very first day in Quito and quickly became a good friend. Both he and Riley live in Melbourne so I guess I’ll have to head there at some point! 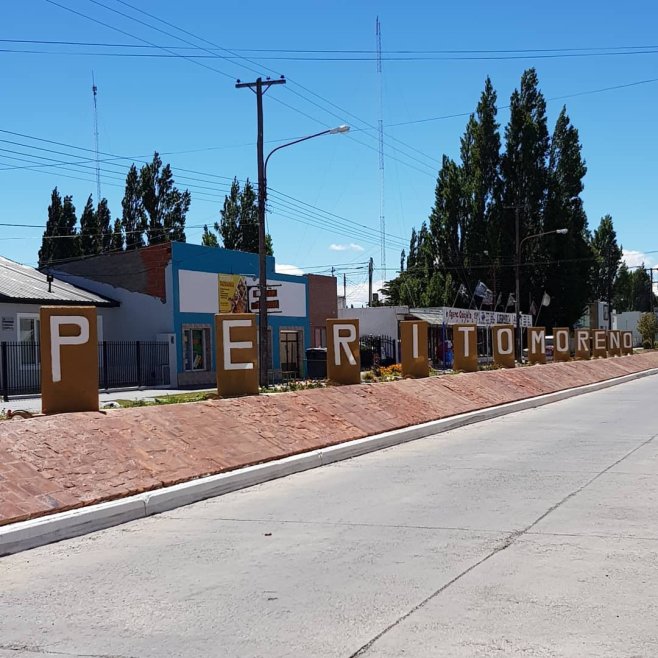 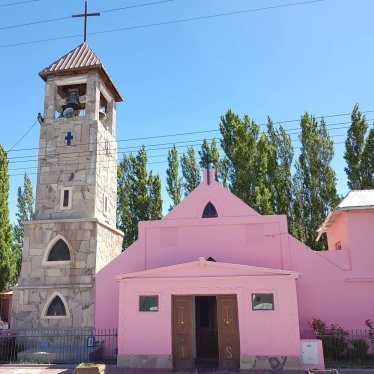 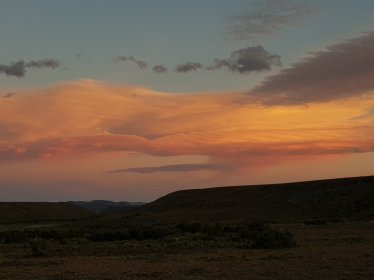